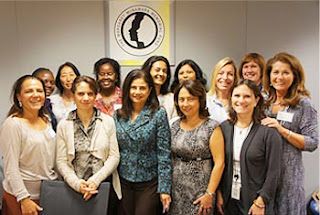 For students from developing countries who are currently studying in the United States or Canada, the MMMF awards grants of approximately $12,000 each; grants are not renewable. The MMMF also typically invites the recipients to Washington DC to participate in a three day Awards Program organized in their honor.
A woman is eligible to apply for an MMMF grant if she meets all the following criteria:
There are no exceptions to the MMMF educational grant criteria listed above.
The application for the academic year 2014-15 is open from September 16 until January 15, 2014.
For more information, please visit official website: www.mmmf-grants.org.
Tweet